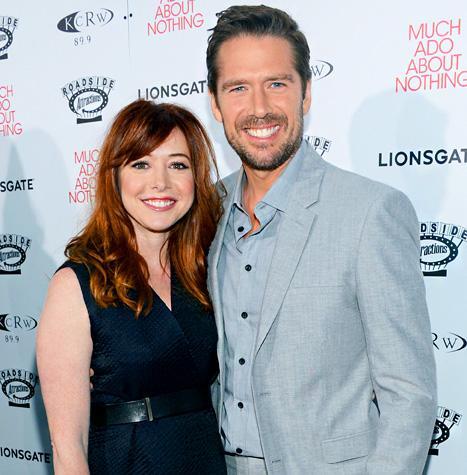 This one time…in Charleston…actress Alyson Hannigan and her husband Alexis Denisof were seen over Mother’s Day weekend.

Vulgar American Pie references aside, the couple was allegedly spotted downtown by a few locals who then took to Twitter to talk about their chance encounters. The actors were seen at the City Market, King Street, and East Bay Street.

Hannigan is best known for her role in the aforementioned American Pie series of films, and her work on the long-running TV shows How I Met Your Mother and Buffy the Vampire Slayer.

Denisof is probably most known for his work on television series Buffy the Vampire Slayer and Angel.

Did anyone else see the actors downtown? If so, did anyone grab a photo with them?