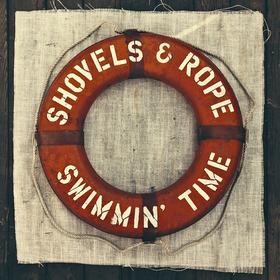 Shovels & Rope, Charleston’s favorite duo, have announced the name and release date of their sophomore album.

Swimmin’ Time will be released on DualTone Music on Tuesday, August 26th. The album is the highly-anticipated follow up to the group’s 2012 debut O’ Be Joyful. Shovels & Rope received plenty of praise for their work and won two American Music Awards – Song of the Year for “Birmingham” and Emerging Artist of the Year.

Swimmin’ Time was recorded the home studio of Cary Ann Hearst and Michael Trent. It will include 13 new songs.