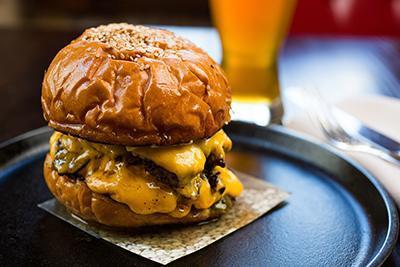 The Husk Cheeseburger
From: Forbes

Condé Nast Traveler has included Charleston in its list of the “Best American Cities for Foodies.” The Holy City came in 4th place after the magazine tallied the results from their annual Readers’ Choice Survey.

The periodical had the following to say about Charleston’s culinary scene:

(The city has) gone way beyond standard-issue Southern in recent years, with restaurant creativity to rival much larger cities’.

Husk, The Ordinary, and Xiao Bao Biscuit were all mentioned within the piece.

New York City topped the list, which you can view in its entirety  here.

SOL is Giving Away a Cruise to Mexico