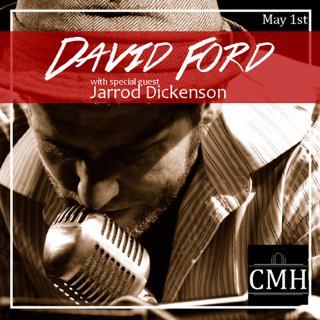 British multi-instrumentalist David Ford will play the Charleston Music Hall on Thursday, May 1st at 8 pm. Jarrod Dickenson will open the show.


Ford has released four solo albums to date, two were named “Album of The Year” by The Sunday Times and Word Magazine. He has also toured with the likes of Elvis Costello, Ray LaMontagne, Aimee Mann, Suzanne Vega, and Ingrid Michaelson.

All tickets are just $10 (before taxes/fees) and can be purchased here.

Follow us
Related Topics:charleston music halldavid coleJarrod Dickenson
Up Next