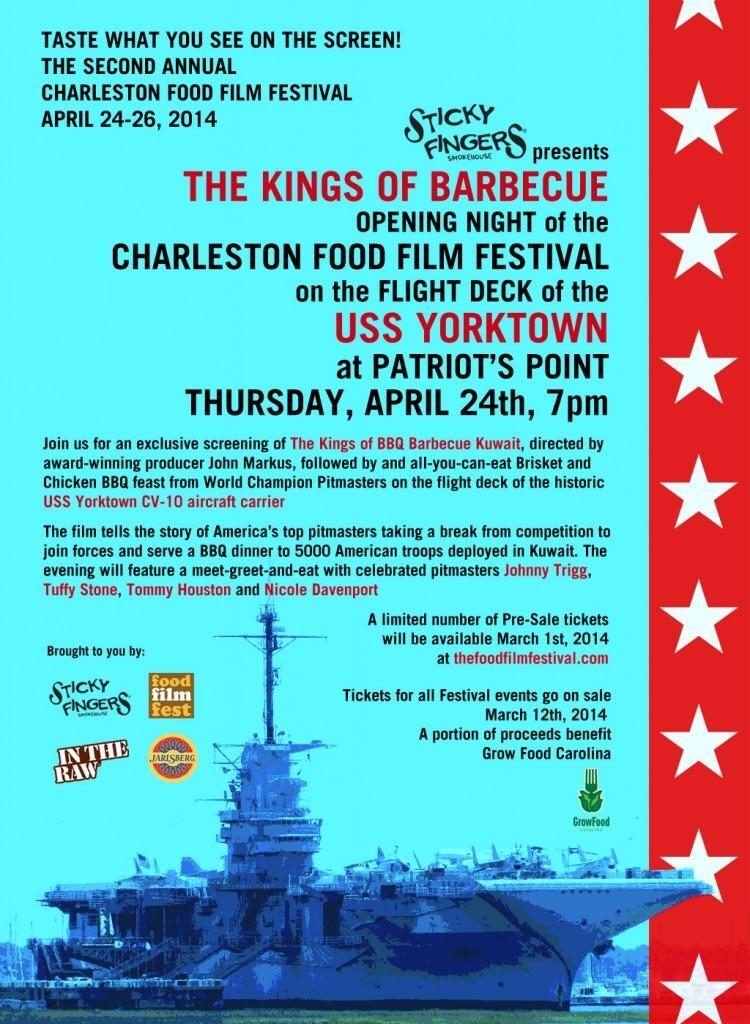 The Food Film Festival, a multi-city event, has returned to Charleston and will start its three-day run tonight at 7 pm.
Holy City Sinner will be there for each event, so keep an eye on this website, Twitter, Instagram, and Facebook for previews, reviews, photos, and more.
The festival opens on the U.S.S. Yorktown with a screening of The Kings of BBQ Kuwait, which will be followed by an all-you-can-eat brisket and chicken BBQ feast prepared by the World Champion Pitmasters that are featured in the film. You can watch a preview of the film below.
The Kings of BBQ Kuwait follows five of the best American BBQ Pitmasters as they travel to military bases in Kuwait to create a Southern-style cookout for thousands of men and women in the armed forces. The film was directed by John Markus, who previously was a writer and producer for The Cosby Show and The Larry Sanders Show. He also produces BBQ Pitmasters.
The food being served aboard the Yorktown will be made by Johnny Trigg, Tuffy Stone, Tommy Houston, and Nicole Davenport.
To purchase tickets to this event, click here. Be sure to use promo code SINNER10 for 10% off all tickets and VIP Passes. A portion of the proceeds will benefit GrowFood Carolina.