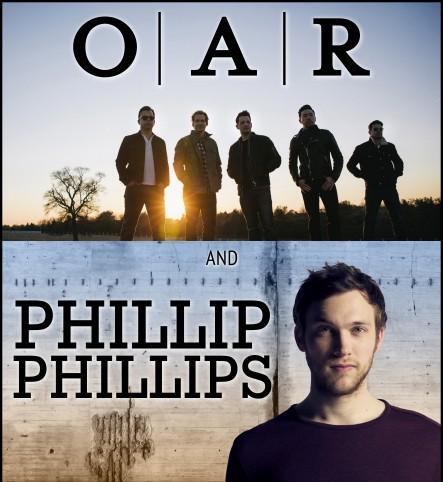 In what has become a yearly tradition, O.A.R. will be performing at the Family Circle Stadium this summer.

This time around the concert will be on Friday, July 25th at 6:30 pm. American Idol Season 11 winner Phillip Phillips will open the show.

O.A.R. is rock band that is best known for their singles “That Was a Crazy Game Of Poker,” “Hey Girl,” “Love & Memories,” and “Shattered (Turn the Car Around).”

After winning American Idol, Phillips released his debut album The World from the Side of the Moon, which featured the hit singles “Home” and “Gone, Gone, Gone.”

Tickets are already on sale and may be purchased here. O.A.R. is also offering a limited number of VIP tickets on their website. Those packages include: Photo Meet and Greet, free download of that night’s show, merchandise discounts, and a signed poster.

But first, let me take a #SELFIE