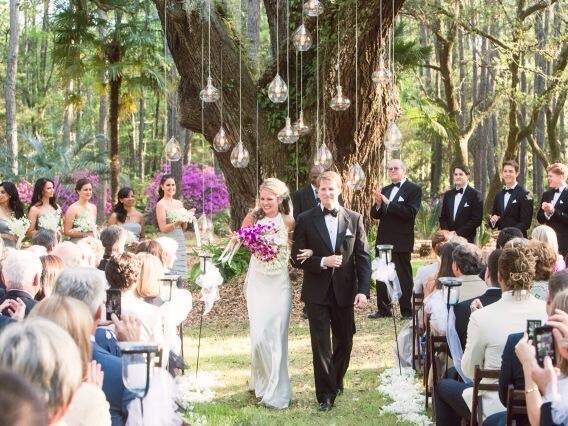 It’s been a newsworthy week for some Southern Charm cast members.

First, on Tuesday, Thomas Ravenel and Kathryn Dennis officially announced the birth of their daughter Kensington Calhoun Ravenel. The child was born on March 24.

The couple’s news was followed this morning by cast mate Cameran Eubanks’s own delayed announcement. Eubanks, to the surprise of some Southern Charm fans, posted on Twitter that she married her “best friend last weekend.” Specifically, the wedding took place on Saturday, April 12th. So, who’s the lucky man? Longtime boyfriend Dr. Jason Wimberly.

The announcement was a surprise to some because not only was Wimberly absent from all Southern Charm episodes, there was nary a mention of Eubanks having a boyfriend or fiance. According to multiple reports, this was by design as Wimberly preferred to not be included in the “reality” television show.