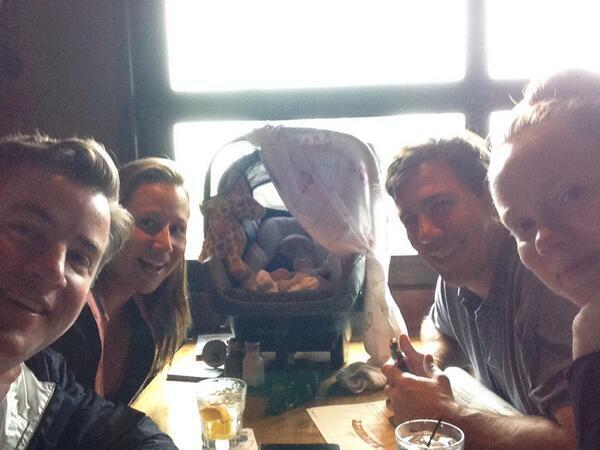 On the same day Bravo aired the Southern Charm episode detailing Kathryn Dennis and Thomas Ravenel’s pregnancy scare, the pair welcomed a baby girl into the world. That’s right, T-Rav is a father.


The child, Kensington Calhoun Ravenel, was born on March 24th in Palm Beach, Florida. Although the real pregnancy had been the Holy City’s worst kept secret over the last few weeks, Bravo was the first to “break” the news.

Dennis, 22, and Ravenel, 51, had been living in the Sunshine State since filming of the “reality” show wrapped. Holy City Sinner was told by a source close to the Ravenel family that Bravo had asked the pair to stay out of Charleston until the show’s first season ended, so no plot lines would be spoiled. The Post & Courier says the couple is now back in South Carolina and living at Ravenel’s Edisto Island Plantation.