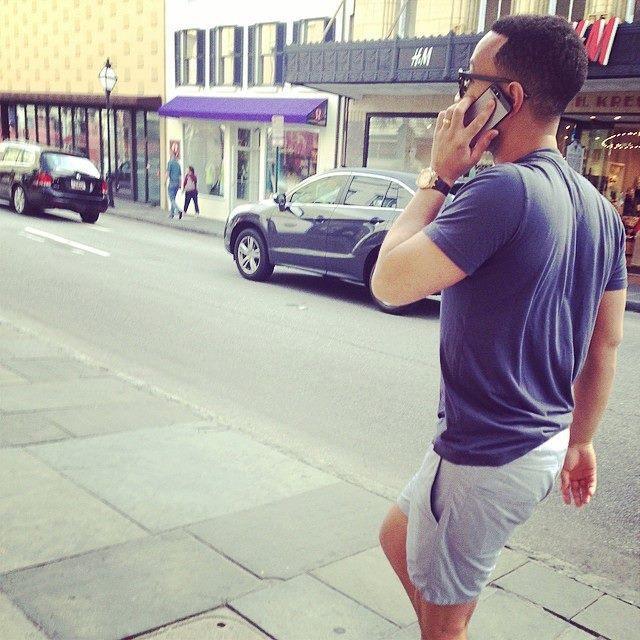 John Legend, who is playing at the North Charleston Performing Arts Center tonight, was spotted enjoying downtown Charleston over the last two days.

Yesterday, Legend was seen walking down King Street and stopping at Jim ‘N Nick’s for lunch. According to a reader, he was also noticed today around 8 am. He was walking his dog down Wentworth Street (between King and Meeting).

The nine-time Grammy Award winner’s stroll through the Holy City is not as surprising as Will Smith’s, but his visit still delighted fans who were lucky enough to see him.

The only photo to surface so far is the one included in this post.