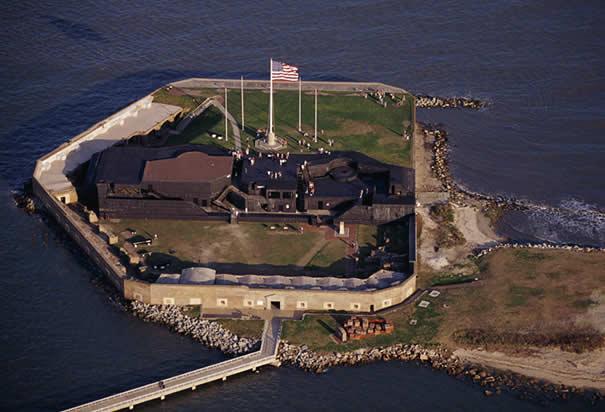 On this date in 1861, the Civil War began when Confederates fired on Ft. Sumter in Charleston around 4:30 am. At the time, the fort was held by the U.S. Army which was was already running low on food and supplies due to Confederate forces blocking off the government’s access to the facility. The initial shot came from Fort Johnson on James Island.

About 34 hours after the first shot, the Army surrendered Ft. Sumter. Despite nearly two straight days of fighting, the only casualty of the battle was a confederate horse. As a PBS documentary said, “It was a bloodless opening to the bloodiest war in American history.”

You can see a short clip from that PBS documentary below. Also, here are some stories about that day and other related links:

Follow us
Related Topics:charleston historycivil warfort sumter
Up Next

Will Smith Takes Control of a Charleston Rickshaw