If Al Roker has his way, Charleston will soon be home to another “reality” television show.

According to Charleston Grit, the famous weatherman’s namesake entertainment group is attempting to cast young and single Charlestonians for an upcoming series. It appears the show will focus on the Holy City’s dating scene – specifically the differences for men and women based on the gender imbalance in Charleston.

All the details can be found in the flyer below, which I first saw on Charleston Grit. 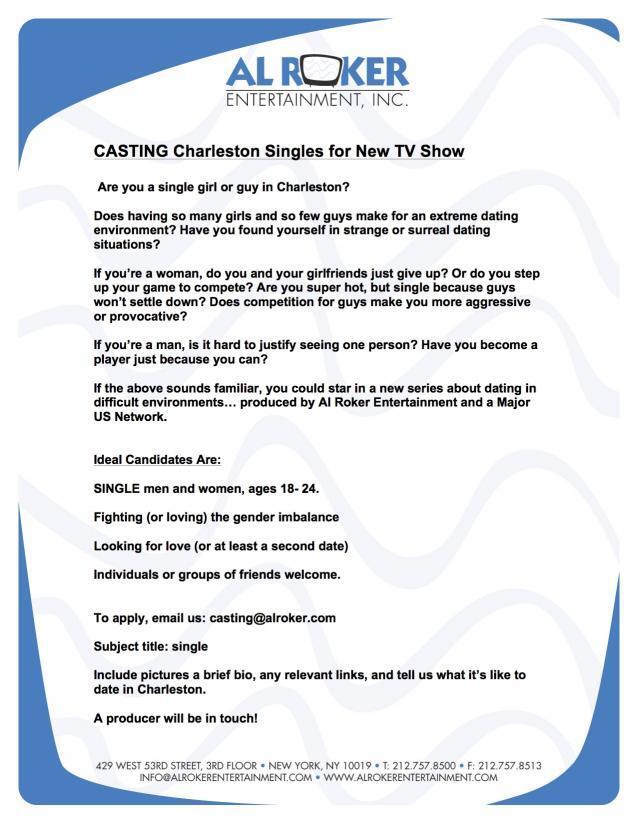