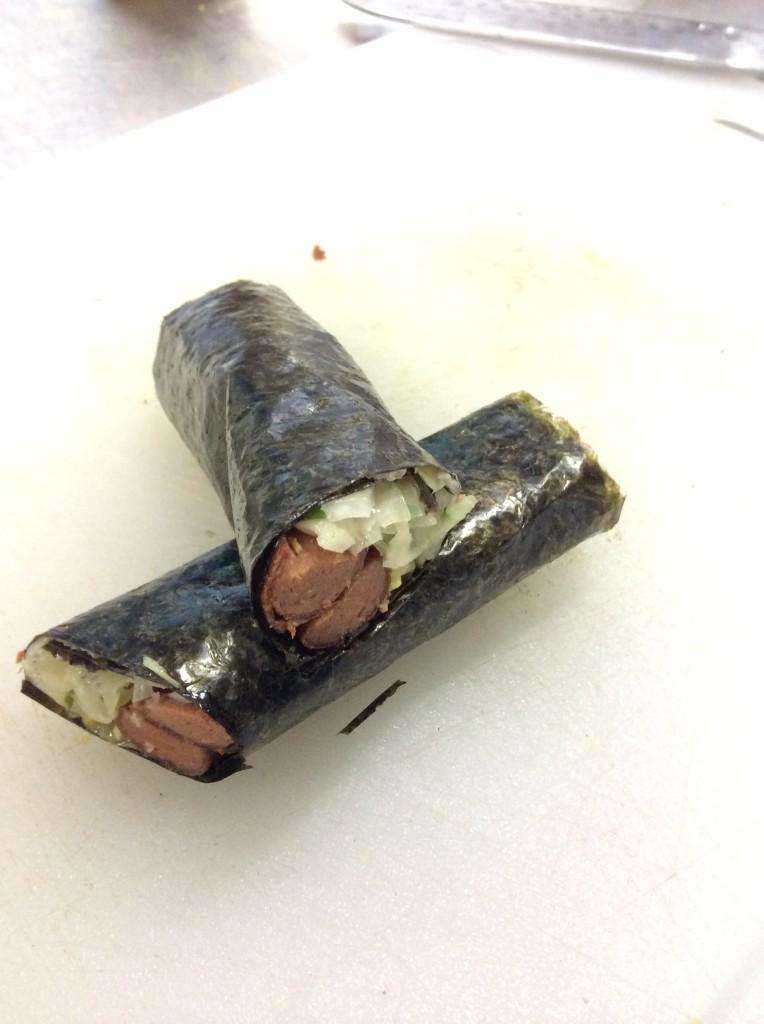 The Charleston RiverDogs always seem to make headlines with their kooky stadium concession stand creations and this year is no exception. While the club’s beer shakes were the talk of the minor leagues last year, a food offering will probably be the most popular menu item.

The Sushi Dog is the franchise’s latest culinary headline-grabber. It’s a hot dog wrapped in a Nori sheet with a wasabi, sweet and spicy mustard and a cilantro/cabbage mixture.

John Schumacher, the organization’s “food guru,” and his team have also added the following to The Joe’s culinary lineup: