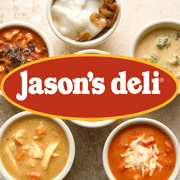 Today, after 10 years in business, the Jason’s Deli location at 2015 Northwoods Boulevard has closed.

Franchisee Peyton Robinson said he chose not to renew the restaurant’s lease following “unsatisfactory negotiations with the landlord.” He also announced that operations will be consolidated with the West Ashley location at 975 Savannah Highway. That means any catering contracts made through the North Charleston restaurant will continue uninterrupted.

According to Robinson, most of the employees who worked at the Northwoods deli were transferred to the West Ashley restaurant.

82 Queen Adjusts Menu for the Spring