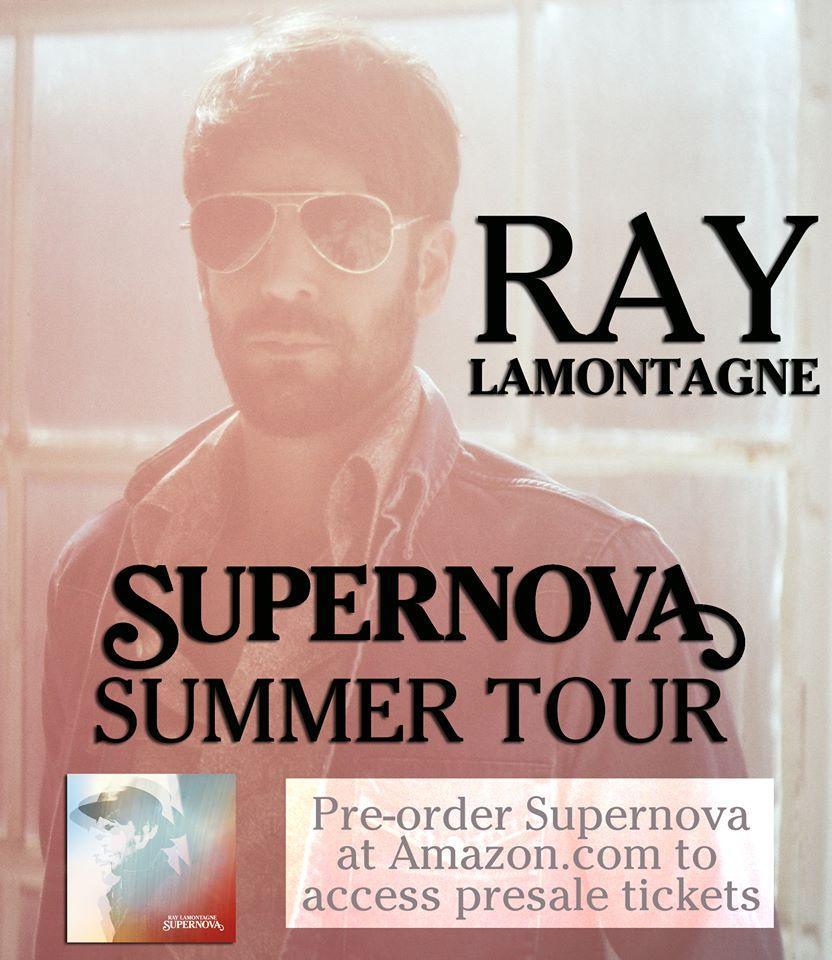 LaMontagne will be touring this summer in support of Supernova, his fifth studio album. The album, which will be released on May 6th, was produced by Dan Auerbach from The Black Keys. The first single from the album (also called “Supernova”) is currently available for download.

FYI – If you pre-order the entire album on Amazon, you’ll have access to pre-sale tickets. Click here for more details.

Jenny Lewis is also a singer-songwriter, who may best be known for her work with the band Rilo Kiley. She also performs in the group Jenny & Johnny with her boyfriend Johnathan Rice. By the way, Lewis will also be doing a solo show at the Music Farm on May 9th.

Otherwise, tickets go on sale to the general public this Friday at noon.