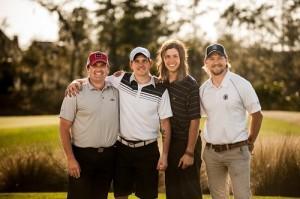 ***UPDATE 5/7/14***: Some of the celebrities participating in the tournament have been announced:

The Commonwealth Cares Foundation is once again teaming up with local band Needtobreathe for their annual charity golf tournament benefiting the Palmetto Medical Initiative. The Needtobreathe Classic will be held on Tuesday, May 20th beginning at 9 am at the Daniel Island Ralston Creek and Beresford courses. Registration for the event is now open.

Needtobreathe will once again be participating in the tournament and will perform at the After Party with Collective Soul. The party also includes a silent auction and awards ceremony. Additional celebrity players including musicians, professional athletes and more will be announced leading up to the tournament.

FYI – Needtobreathe’s fifth studio album, Rivers In the Wasteland, will be available April 15, 2014.

According to a press release:

Last year’s tournament raised more than $80,000 for the Palmetto Medical Initiative, which is building sustainable medical clinics around the world, including Uganda and Nicaragua. PMI recently announced plans to expand its efforts into Burundi. The proceeds from the 2013 Needtobreathe Classic were used to construct a medical clinic in El Viejo, Nicaragua, which was dedicated in January 2014. This year’s tournament proceeds will benefit another East African clinic in Uganda, with work slated to begin in January 2015.