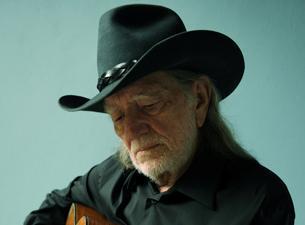 Country music star Willie Nelson will be performing at the Family Circle Stadium in Daniel Island on Thursday, May 8th at 7 pm. Alison Krauss and Union Station along with The Devil Makes Three will open the show.


Although Nelson’s most popular albums were released during the 70s and 80s, he has continued to put out well-received work (2013’s To All The Girls… hit No. 9 on the Billboard 200) and has remained a popular live act. He is also well known for his activism. Over his career, Nelson has tallied forty-six top ten albums on the country charts.

Alison Krauss and Union Station are well known in the bluegrass community, but Krauss crossed over into mainstream success when her duet album with Led Zeppelin frontman Robert Plant, Raising Sand, won Album of the Year at the 2009 Grammy Awards.

Tickets go on sale to the general public this Friday at 10 am, but there there will be an internet pre-sale beginning tomorrow at 10 am. You will need to use the pre-sale password: FAMILY

In the meantime, watch the Nelson’s video for “Funny How Time Slips Away” below:

Tegan and Sara to Play the Music Farm