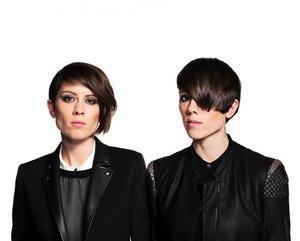 Tegan and Sara will perform at the Music Hall on Wednesday, May 14th at 9 pm.

The indie rock duo is made up of and named after the Canadian identical twin sisters who are both songwriters and multi-instrumentalists. Their last album, 2013’s Heartthrob, debuted at number 3 on the Billboard 200 chart, which became their highest chart position ever.


Some of you may remember that Tegan and Sara were just in the Lowcountry a few months ago. The group opened for fun. at the Family Circle Stadium in September.

Tickets, which are $25 before taxes and fees, go on sale this Friday at 10 am. Lucius and The Courtneys will open the show, which is open to all ages.

In the meantime, watch the band’s video for “Closer” below: