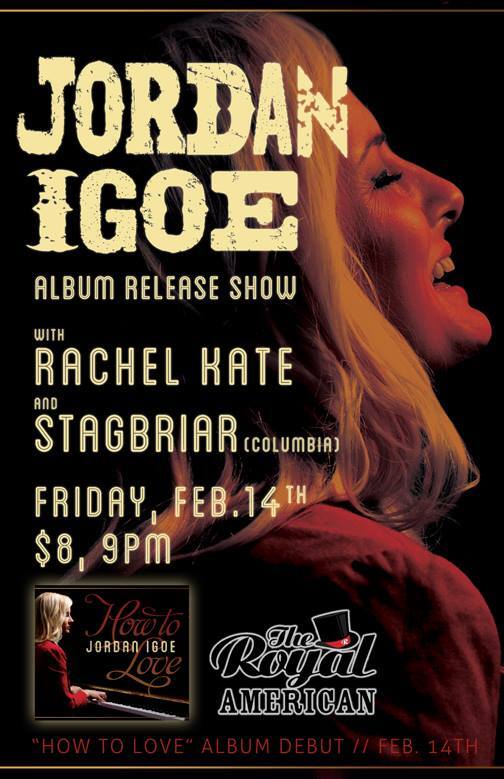 Tonight, local musician and singer Jordan Igoe will celebrate the release of her debut album, How To Love, by performing at The Royal American at 9 pm. Rachel Kate and Columbia’s Stagbriar will also take the stage.

Admission is $8. The CD will be on sale at the show for $5. You can hear the title song below.

Last night at her own album release show, Elise Testone told the crowd that she would be singing with Igoe tonight. Igoe and Rachel Kate were part of a choir that backed Testone throughout the night.
–