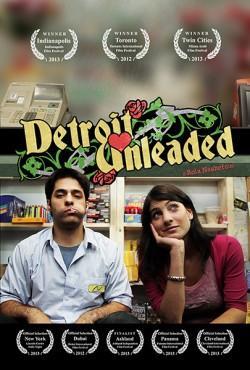 The Park Circle Film Society with host the South Carolina premiere of Detroit Unleaded followed by a question and answer session with the film’s director Rola Nashef. The event is scheduled for 7 pm on Saturday at the Olde Village Community Building at 4820 Jenkins Ave. in North Charleston.

PCF gives the following synopsis of the movie:

Between Detroit and Arab-America, Sami works behind the bulletproof glass of a 24-hour gas station with his cousin Mike. Inside this unique neighborhood, the station is more than just a pitstop for rolling papers and fake perfume, but a place where an infinite stream of spirited and often hilarious people flow through. When Najlah walks in, Sami’s shift becomes anything but routine.

The Question and Answer portion of the evening will be done via Skype.

Tickets may be purchased here.

Follow us
Related Topics:park circle film society
Up Next