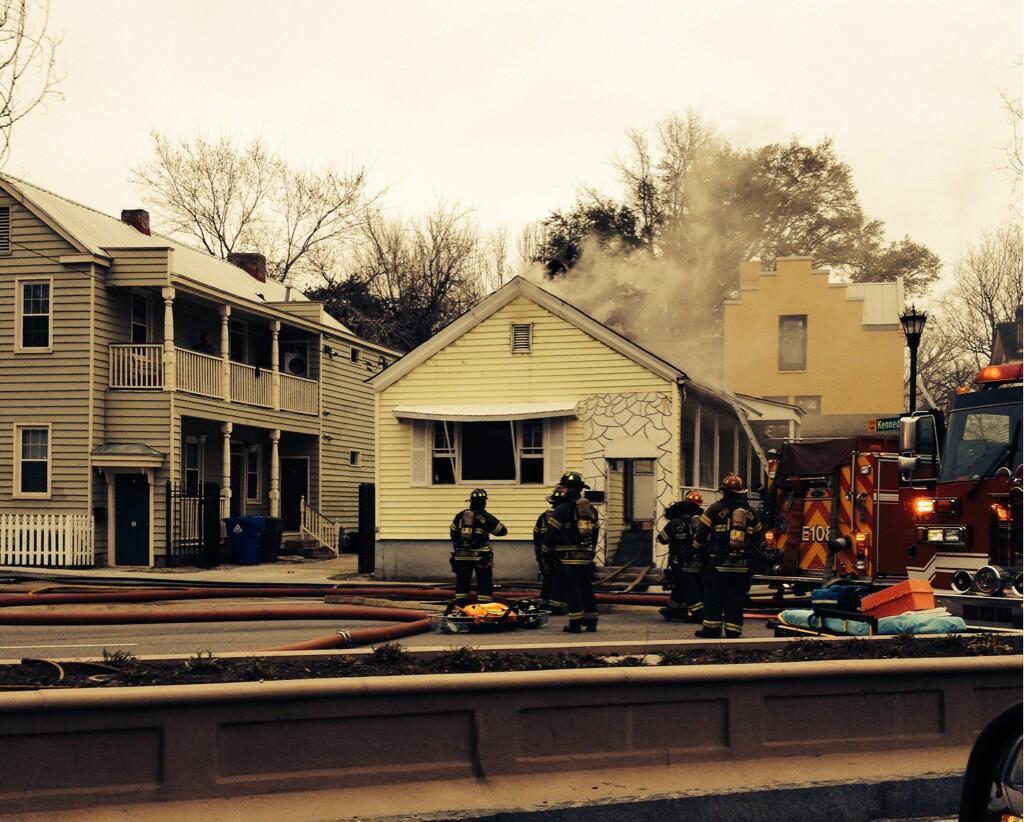 Just before 9:30 am today, the Charleston Fire Department tweeted that they are on the scene of a structure fire on Kennedy Court and the Crosstown. Due to the activity in the area, the Septima P. Clark Parkway’s northbound lanes are closed (The CFD originally tweeted it was the southbound lanes that were shut down, but that was incorrect).

The Post & Courier‘s Andrew Knapp tweeted that the northbound lanes between Spring Street and Rutledge Avenue are closed. As of 10:45 am, all lanes were back open.

A few Charlestonians are tweeting about the fire. Here are some other photos:

Fodor’s: Charleston is One of the World’s Most Romantic Getaways