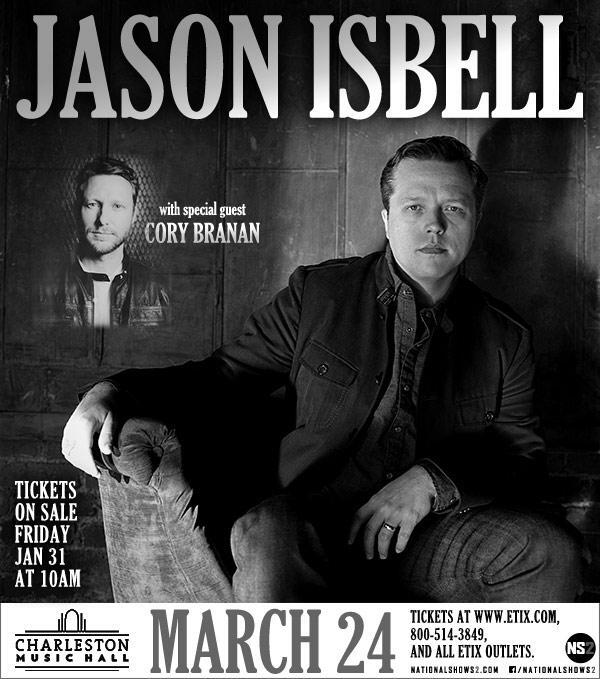 Jason Isbell will perform at The Charleston Music Hall on Monday, March 24th at 7:30 pm. Cory Branan will open the show.

Isbell is a singer-songwriter, and guitarist, who used to be in the Drive-By Truckers. He released his fourth solo album, Southeastern, last year.

Branan is a singer-songwriter from Mississippi, who most recently released an album in 2012. Tickets to their Music Hall concert are $25 and may be purchased here.

Follow us
Related Topics:charleston music halljason isbell
Up Next