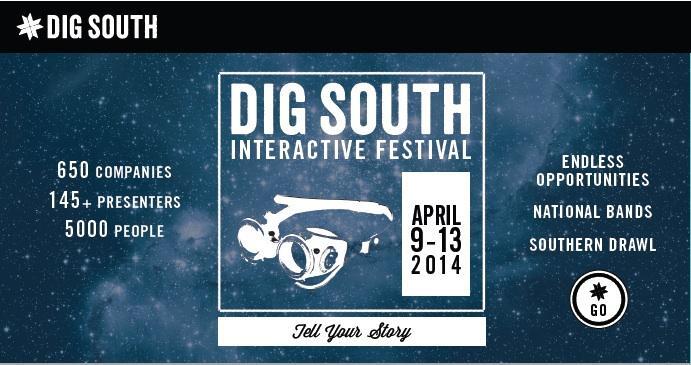 DIG South, an interactive festival celebrating technology and the creative economy, recently announced the presenter lineup for the 2014 festival. Events begin on April 9th and run through April 12th.

Some of the top presenters include:

For more information on DIG South, visit the official website.

Cinema Stand-up at The Sparrow