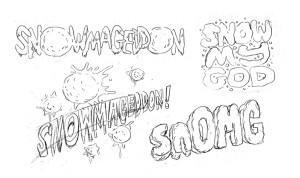 While others may be stacking up on milk, bread, or generators in preparation of this week’s wintery weather, I am taking care of much more important matters. Namely, which Twitter hash tag should we use to talk about the storm?

The local media has taken this opportunity to whip Holy City residents into a frenzy over the possibility of up to 2 inches of snow (when the real threat will likely be ice), which has led to a few government agencies and schools already announcing cancellations. With the hype machine in full swing, the snarky world of Twitter has to join in.

Here were my suggestions:

Here’s what some of you guys came up with:

So which name should be used? Vote below: