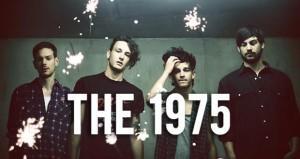 British alt-rockers The 1975 will perform at the Music Farm on June 3rd at 8 pm.

The band has released four EPs and a self-titled full length album, which debuted at No. 1 in the United Kingdom on September 8th, 2013. The most popular single from that album has been “Chocolate,” which you can watch the music video for below.

General admission tickets are $17 before taxes and fees and can be purchased here.

Fitz & the Tantrums Return to the Music Farm in May