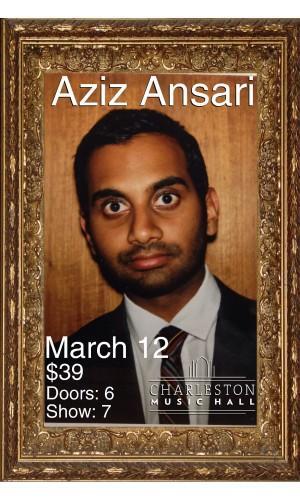 Stand-up comedian, actor, and South Carolina native Aziz Ansari will be performing at the Charleston Music Hall on March 12th at 7 pm and 10 pm.

Besides his two Comedy Central stand-up specials (and the recent Netflix release of Buried Alive), Ansari is also known for his role as Tom Haverford on NBC’s Parks & Recreation. Ansari also hosted the 2010 MTV Movie Awards.

Ansari grew up in Bennettsville, which is about 45 minutes north of Florence.

Tickets are $39 before taxes and fees. The 7 pm show is SOLD OUT, but tickets for the 10 pm show are available here.

For a preview of Ansari’s comedy, check out his Comedy Central special Dangerously Delicious below.