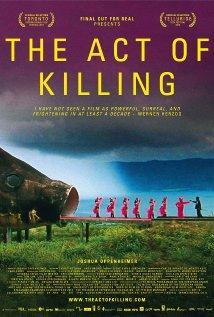 The Oscar-nominated film The Act of Killing will be shown this Saturday at 7 pm by the Greater Park Circle Film Society. In fact, the film was nominated today for the Academy Award for Best Documentary Feature.

Tickets are $5 for the general public and $2 for members. They can be purchased here.

Las Marthas, a PBS Independent Lens film, will be shown on Sunday at 4 pm. A panel discussion will follow the showing. Admission free.

Both films will be shown at the Olde Village Community Building at 4820 Jenkins Ave. in North Charleston.

Follow us
Related Topics:Greater Park Circle Film Society
Up Next