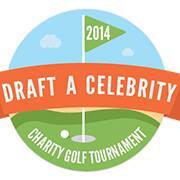 Have you ever thought about golfing with Bill Murray or any other celebrity? That daydream could become a reality if you raise enough money for the 2014 “Draft-A-Celebrity” Charity Golf Championship on February 15th.

Leading up to the event, you can bid for the chance to “draft” your favorite celebrity. Once your celebrity is picked, you’ll get to play a round of golf with them at The Kiawah Island Ocean Course. The first pick in the “draft” goes to the highest bidder.

Taste of the Market Continues with Oyster Theme