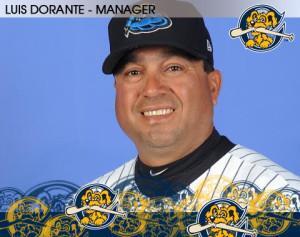 The New York Yankees announced that Luis Dorante will be the new manager of the Charleston RiverDogs. Dorante previously served as bullpen coach for the Pittsburgh Pirates from 2008-10 and was most recently the first base coach for the Trenton Thunder, the Yankees’ Double-A affiliate.

Dorante replaces Al Pedrique, who was named manager of the Tampa Yankees.

The RiverDogs first home game of 2014 will be on Monday, April 7th.