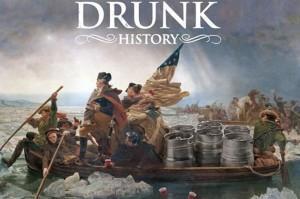 Drunk History, a Comedy Central series where historical anecdotes are presented by highly-inebriated storytellers, will be filming in Charleston on January 15th and 16th. Derek Waters, the show’s creator, announced the visit on Facebook saying:

Charleston South Carolina! Drunk History is coming to ya. We’ll be filming January 15th and 16th. Come out to see us. We’re looking for locals who love Charleston. Derek Waters(me) will be interviewing you. Excited to see your town and meet you!! Will let you know where we’ll be soon. Thank you and happy holidays!!

I will keep you posted on where and when you can meet with Waters and the Drunk History crew.

You can see the show on either Funny or Die or Comedy Central’s websites.

High Wire Named One of the Best Urban Distilleries in America