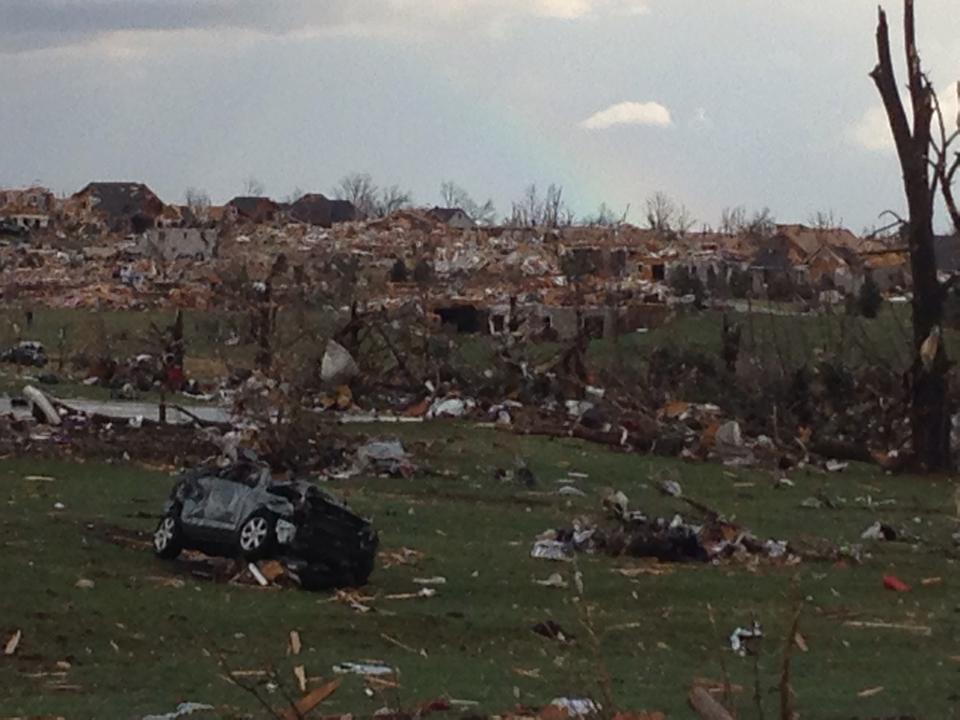 This past Sunday, former Charleston resident Chris Bersin had been trying in vain to reach his mother, but h is many phone calls and texts were met with silence.

Severe weather and tornado alerts were all over Illinois that morning and conditions were worsening. Chris and his mother Carol had been communicating throughout the day, but soon after a tornado warning was issued for an area about 15 miles away from Carol’s house, Chris couldn’t reach her. During his frantic effort to reach his mom, Chris suddenly realized he had a new voice mail from her. What he heard in that message was one of the hardest things he’s ever had to listen to.

He immediately hopped in his car and sped the 20-or-so miles northeast to his mother’s home in Washington, Illinois. Chris had recently moved back to his home state of Illinois and settled in the town of Mapleton. He returned to the Midwest because he wanted to be closer to his family. Although he was now just a relatively short 35 minutes from his mother’s house (and he made it there in a lightning fast 20 minutes), Chris might as well have been driving back from Charleston again. Given the circumstances, it had to be one of the longest trips he had ever experienced.

Upon arrival Chris was met with devastation caused by the EF4 tornado that had run directly through his mother’s neighborhood.

“I tried 2 different paths to get to her house,” Chris said. “(I) ended up parking about a quarter mile away and ran the last part due to debris blocking the road.” 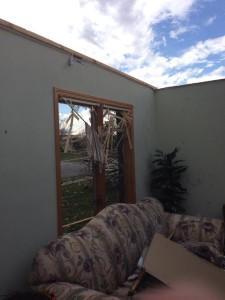 As soon as he reached Carol’s home, Chris called out her name. Thankfully, she responded and the two were quickly reunited. Carol, who didn’t have a basement to seek shelter in, survived the storm by huddling in her bathroom. She escaped the tornado’s wrath unscathed, but her house and neighborhood were decimated.

“Her home is a total loss,” Chris said. “The front half of her roof was torn off, while the back half was lifted and repositioned.” Plus, most of Carol’s windows were blown out and the garage collapsed on her car. Unbelievably, a neighbor’s ceiling fan went completely through a her wall and bathtub before coming to rest in a closet. 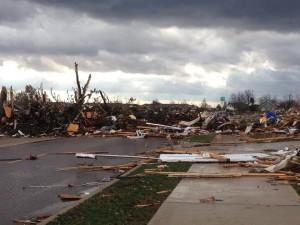 Chris said that the houses located just one street behind Carol’s home were completely broken down into a pile of rubble.

“I saw homes that were just foundation,” he said. “No walls, roof, or anything.”

Despite all of the destruction, Chris said the mood in Washington is “surprisingly upbeat,” but help is certainly needed.

If you’re interested in helping, Chris told me that the Red Cross has a heavy presence in the area, so donating to them is a good place to start. There is also a Facebook page that is posting information about donation sites. 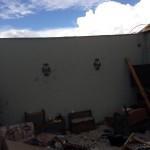 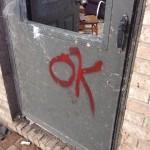 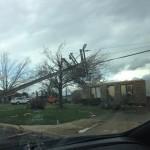 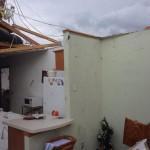 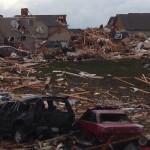 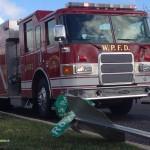 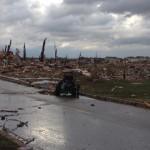 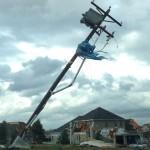 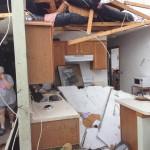 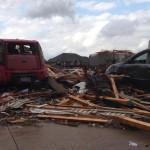 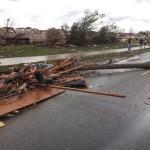 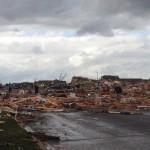 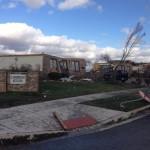 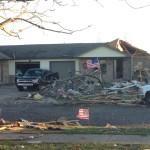