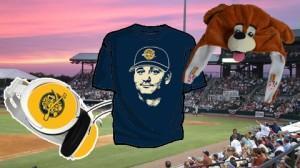 The Charleston RiverDogs organization was told today that they won the 48th annual Larry MacPhail Award, which is given to the minor league baseball team with the top promotional efforts. Charleston also won the award in 1998.

The franchise will receive their award at the Baseball Winter Meeting Banquet in Orlando this December.