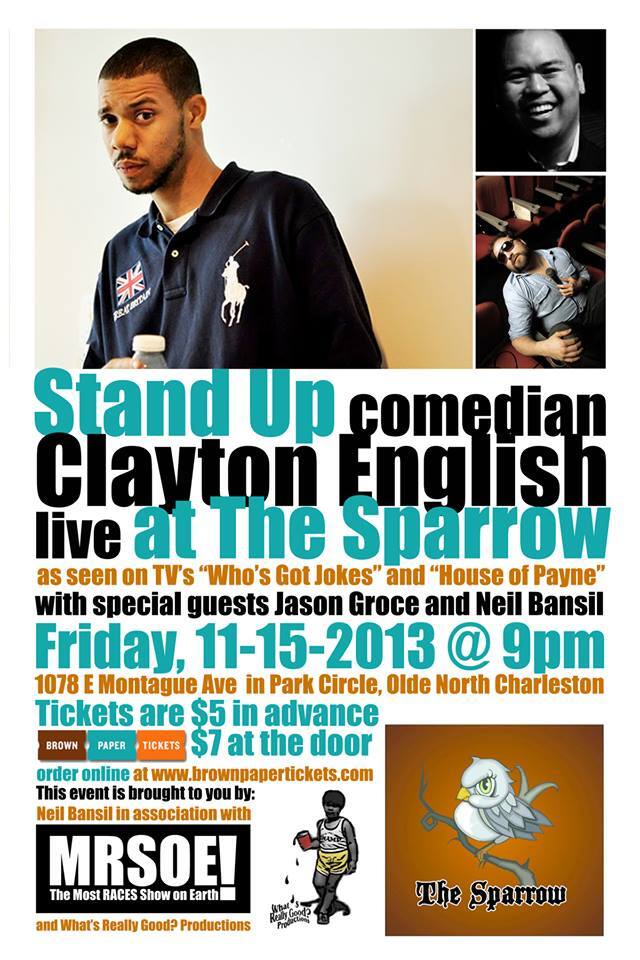 Clayton is probably best known for his role as Peanut on Tyler Perry’s House of Payne. Many Holy City residents may remember him from his sold-out 2013 Charleston Comedy Festival show.

Groce is known around town for his frequent performances at Theatre 99 and his hosting duties at Tin Roof’s open mic nights.

Bansil is the creator and producer of “The Most RACES Show on Earth!” (“MRSOE!”). He is also one of their performers. “MRSOE!” is an international-touring show featuring comedians from all over North America.

Tickets for the Park Circle Comedy show are $5 in advance or $7 at the door. You can purchase them here.

More information on the show can be found here.