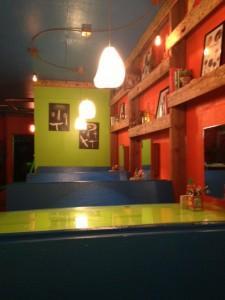 The Post & Courier‘s Hanna Raskin just reported that The Green Door will be closing on October 31st.

Raskin says the downtown restaurant is being kicked out of their location by Ryan Condon, the man who owns the building the eatery currently calls home. Condon also has control of Big John’s Tavern, which is housed in the same building as The Green Door.

Raskin’s story has a lot of in-depth details and some great quotes from Cory Burke, The Green Door’s owner. Be sure to read it here.

UPDATE – 9:10 pm: Burke, via the restaurant’s Twitter account, said, “Thanks for all your support! We love y’all & don’t worry we have a couple projects in the works, we’ll miss our little tucked away spot…”

UPDATE – 10/10/13: It is now being reported that Big John’s Tavern will also be closing after October 31st. However, unlike The Green Door, rumor has it the bar will return in some capacity at a later date.

Follow us
Related Topics:big john's tavernthe green door
Up Next