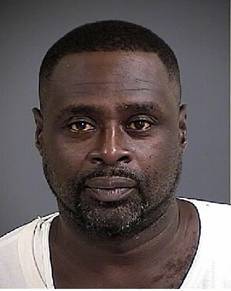 Charleston Police Department is in need of the public’s assistance in locating the above individual.

According to the CPD, Eric Leroy Vandyke allegedly assaulted the mother of his infant son by dragging her by the hair before threatening her with a hand gun. The incident occurred on October 6th.

The CPD is also asking anyone who has information about the homicide of Malcolm Jefferson to call the above numbers. Jefferson was shot and killed on Tuesday, October 8, 2013 at 1139 Forbes Avenue.

P&C: The Green Door Gets the Boot from Big Bad John