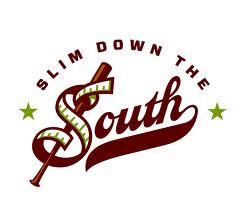 Credit: Sim Down the South

Louie’s Kids announced the list of celebrities who will play in the 3rd Annual Slim Down the South Celebrity Softball Challenge on Saturday, November 9. The event takes place at Joe Riley Park and raises funds for Louie’s Kids, a local nonprofit organization that helps identify treatment programs for overweight and obese children.

The biggest name on the list is comedian and actor Bill Murray who will return to the game after missing last year’s event. Other big names include singer Elise Testone, actors from Army Wives, and members of Shinedown and Hootie & Blowfish.

Gates open at noon with entertainment beginning at 12:30 pm. Tickets can be purchased here.

Here’s the entire list of celebrities that have committed:

For more information on Louie’s Kids or Slim Down the South, visit LouiesKids.org or SlimDowntheSouth.com.

This Friday is the Second Annual Lowcountry BreastFest

Whiskeys of the World Event Benefits Chase After a Cure