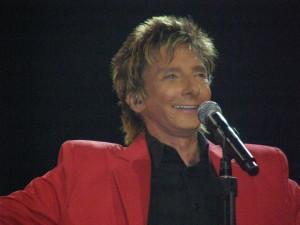 Full disclosure: This “breaking news” is 100% attributed to my own mother.

Her absolute favorite singer Barry Manilow will be performing at the North Charleston Coliseum on Sunday, January 19th. The announcement was originally made on Manilow’s Facebook page, but has not yet been officially confirmed by the venue.

The 70-year-old singer-songwriter is best known for songs like “Mandy” (Ed. note – my family’s first dog’s name), “Copacabana (At the Copa),” and “Can’t Smile Without You.” He has released an astounding 29 studio albums and has won an Emmy, a Grammy, and a Tony. The Brooklyn native has also sold over 80 millions records worldwide.

According to the Facebook post, ticket pre-sales (including a VIP meet-and-greet) begin tomorrow for those hardcore Manilow fans.

Follow us
Related Topics:barry manilownorth charleston coliseum
Up Next