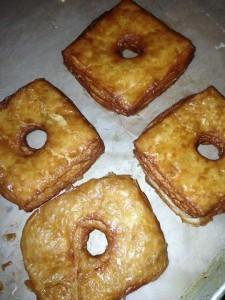 With one hunger-inducing Facebook photo, Kamisky’s confirmed that the sought-after cronut has arrived in Charleston. The downtown eatery has gone the alliteration route and is calling them Kronutz, but regardless of how it is spelled, it looks delicious.

The cronut is a croissant-doughnut hybrid that first debuted at the Dominique Ansel Bakery in New York City.

Kaminsky’s version of the treat must be tasty because they sold out by early afternoon today. Kaminsky’s promised 25 fresh kronutz would be available at noon on Saturday.

So, who’s had it? How was it? Was it everything you dreamed it to be?