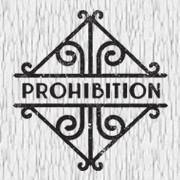 As previously mentioned, downtown’s Mercury Bar changed its name to Prohibition. Little else was known at the time, but now many more details regarding the Upper King Street establishment are available.

Although the business is keeping a few of Mercury’s employees, including Executive Chef Stephen Thompson, new owners (James Walsh and Jon Teevan) have promised that Prohibition will be nothing like it’s predecessor.

The owners want patrons of their new business to be transported back to the 1920’s Jazz Era in Charleston as soon as they walk through the doors. To accomplish that goal, they enlisted the help of an internationally-renowned interior designer, a local architect, and some Holy City artists to create the most authentic atmosphere possible.

Prohibition will also feature a food menu that will include twists on local favorites and creative versions of traditional American fare with locally grown and caught ingredients. Meanwhile, the bar is expected to have a wide array of cocktails including an in-house aged whiskey.

The entertainment options should also remind patrons of the bygone era with live jazz, big band, blues and Dixieland performances. The venue will host dance demonstrations and lessons for jazz, swing, Cuban steps and, of course, the Charleston.

The transformation isn’t complete just yet, but Prohibition is open with abbreviated versions of the new food and drink menus available until Thursday, September 26, when the new, full menu will be made available to the public.

Prohibition is located at 547 King Street and is open seven days a week from 5 pm – 2 am. There is also brunch service on Saturday and Sundays from 11 am – 3 pm.