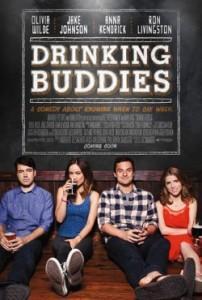 Palmetto Brewing and The Barbeque Joint are taking this event a step further by hosting a pre-show party including complimentary beer and BBQ!  Patrons can stop by The Barbeque Joint starting at 6 pm for the freebies. Donations are accepted, and all proceeds go to promoting PCF’s mission to enrich the community through film.

The movie starts at 7 pm over at the Olde Village Community Building on Jenkins Avenue (across the street from The Barbeque Joint).

Check out the film’s synopsis and trailer below:

Luke and Kate are co-workers at a Chicago brewery, where they spend their days drinking and flirting. They’re perfect for each other, except that they’re both in relationships. Luke is in the midst of marriage talks with his girlfriend of six years. Kate is playing it cool with her music producer boyfriend Chris. But you know what makes the line between “friends” and “more than friends” really blurry? Beer.

Band Together for ALS at the Brick House Kitchen