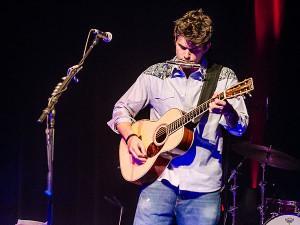 Guitar virtuoso John Mayer will play the North Charleston Coliseum on Thursday, December 12th at 7 pm. Although the venue hasn’t confirmed the concert (UPDATE, 9/13/13 – now confirmed), Mayer’s website has it included in the list of upcoming tour dates.

Mayer last performed in the Holy City during last year’s Southern Ground Music & Food Festival. The Connecticut native was merely a guest during the concert as he was still recovering from vocal surgery.
The singer-songwriter is best known for songs like “Your Body Is a Wonderland,” “Daughters,” “Waiting on the World to Change,” “Gravity,” and “Heartbreak Warfare.”
Mayer will be touring in support of his just released sixth album, Paradise Valley. The 11-track release includes guest appearances by Katy Perry and Frank Ocean.
Tickets go on sale on Friday, September 20th at 10 am. Ticket prices are unavailable at this time.
UPDATE, 9/13/13 – Former American Idol winner Phillip Phillips will open the show.