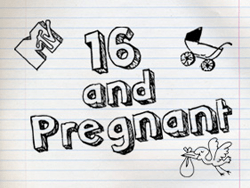 ‘m sure plenty of Holy City residents will be having some fun with this news.

According to WMBF, crew and cast from MTV’s “16 and Pregnant” will be filming on the Myrtle Beach boardwalk this Tuesday. Not much is known about the production, but it is expected to be “fairly low-key.”

The reality show is currently filming its 5th season. The program features the stories of pregnant teenage girls and the difficulties they face.

Thanks to The Digitel Charleston for the head’s up.