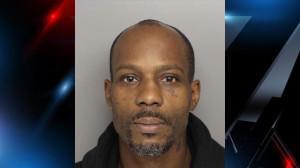 DMX just can’t seem to stay out of South Carolina jails. Just yesterday, the rapper was once again taken into custody by Upstate authorities – and the whole incident was captured on video.

According to TMZ, which obtained the video, police in Greer County pulled over a car DMX was riding in after it made an illegal U-turn. During the stop, the officers discovered the rapper had an outstanding warrant for driving under suspension and placed him in handcuffs. The police then searched the car and found marijuana which lead to simple possession charges for both DMX and the driver of the car.

The whole incident had some dramatic flair as DMX was reportedly spouting off conspiracy theories and even suffered a slight asthma attack which brought some paramedics to the scene.

The rapper is no stranger to being arrested, especially in the Palmetto State. Take a look at his sorted history with South Carolina: