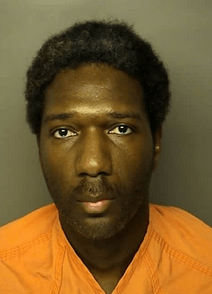 Former Democratic U.S. Senate candidate Alvin Greene was arrested this past Friday on trespassing charges. You can read the initial report from the source – FITSNews.

Greene gained notoriety in 2010 after he (seemingly out of nowhere) won the state’s Democratic nomination for the U.S. Senate. His victory was followed up by bizarre national interviews and an eventual defeat at the hands of Jim DeMint. The whole spectacle led to many questions on the state and national levels and eventually to plenty of mocking (oh, and a book).

Greene was also arrested in November of 2009. He was charged with “disseminating, procuring or promoting obscenity” after “showing obscene Internet photos to a University of South Carolina student.”