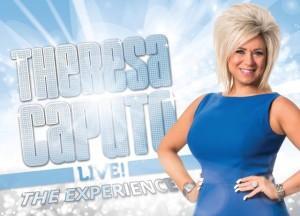 Theresa Caputo, a psychic medium and star of the hit TLC show Long Island Medium, will be appearing at the North Charleston Performing Arts Center on Tuesday, October 22nd at 8 pm.

Caputo, who has been a practicing medium for 10 years, will give interactive readings to audience members throughout the show and will also share personal stories. Her show Long Island Medium began its fourth season back on May 12th.

Tickets go on sale this Friday at 10 am. Tickets are $39.75 & $89.75 before taxes and fees.
There will be an internet pre-sale running from tomorrow (Wednesday, August 14th) at 10am until Thursday at 10pm. Just use the following password: CAPUTO

“Breaking Bad” on the Big Screen in Mount Pleasant