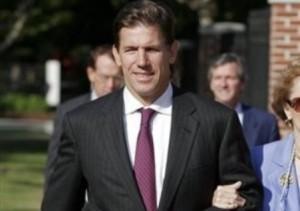 Ravenel has told multiple news outlets that he was not driving poorly and had just one beer at a club and one glass of wine at dinner hours earlier. He asserted that he was not drunk. The police and their roadside tests said otherwise.

The Charleston City Paper reports that Ravenel failed several roadside sobriety tests after being questioned by police. He then took a field sobriety test, which the Post & Courier says put his blood alcohol content at a .09. The legal limit in New York is .08.

At the advice of his attorney, Ravenel refused to take a second breathalyzer test once at the police station, which he told the Post & Courier was a mistake. The publication stated Ravenel told their report that “in hindsight, he should have rejected that advice because by that time, he figured he had sobered up some and would have passed a second test.”

Clearer details should come out eventually as Ravenel is due back in court on Thursday. In the meantime you can read Ravenel’s full statement over on FITSNews.

This isn’t Ravenel’s first run-in with the law. He resigned from his position as the state’s treasurer back in 2007 after he was arrested for cocaine possession. He was sentenced to 10 months in prison for the offense.

Another Broken Egg Café To Open on Market Street