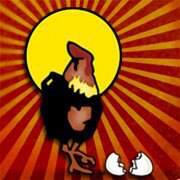 UPDATE, 8/28/13: According to a Craigslist posting, Another Broken Egg Cafe is currently hiring. The listing also mentioned the restaurant will open on September 16th and will maintain daily hours of 7:30 am to 4 pm.

Market Street will soon be home to the latest edition to a small breakfast and lunch chain called Another Broken Egg Café. The restaurant is scheduled to open next month in Barbara Jean’s old spot at 99 South Market Street.

Follow us
Related Topics:another broken egg cafe
Up Next