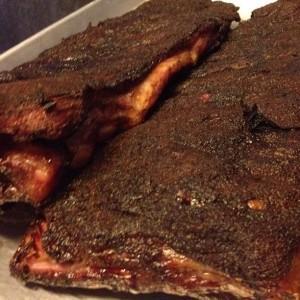 Just in time for the Fourth of July holiday, USA Today (via The Daily Meal) has put out a list of America’s tastiest ribs.

As you may have assumed, Charleston’s own Home Team BBQ made the cut. The restaurant’s ribs were chosen as the nation’s 4th-tastiest.

The article described why the ribs are so delicious:

Pitmaster Aaron Siegel starts with a sweet and spicy rub that’s used on just about everything they smoke, and the ribs go down for five to six hours. When they emerge, they’re covered in a deeply caramelized bark and are moist and tender.