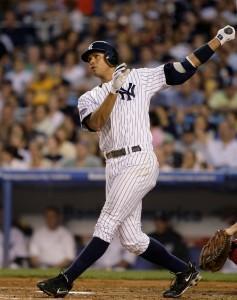 New York Yankees third baseman Alex Rodriguez will be playing for the Charleston RiverDogs TOMORROW night at The Joe. The ‘Dogs will be playing against the Rome Braves starting at 7:05 pm.

The Yankees stated that A-Rod “will play a minimum of three innings at third base.”

Rodriguez has missed the entire 2013 Major League Baseball season after having hip surgery in January.

Once he takes the field, Rodriguez will likely be the most accomplished major-leaguer to play in Charleston. He is a 14-time All-Star and a three-time American League MVP. In 19 MLB seasons he has totaled 647 homers, 1,950 RBI, 512 doubles, and scored 1,898 runs.