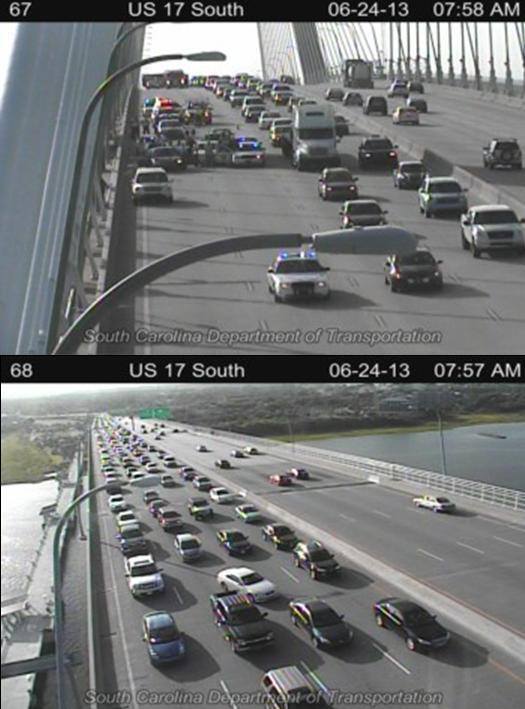 Motorists traveling on the Ravenel Bridge can expect delays this morning as there is a police presence there. According to reports, officials are responding to calls regarding a person threatening to jump off of the bridge.

7:53 am – Multiple witnesses say traffic is VERY heavy on the bridge. AVOID if you can.

9:10 am – Live 5 News is reporting that there is now a Westbound wreck on I-526 on the Don Holt. Traffic backed up onto Daniel Island. Looks like drivers can’t win today.

9:37 am – You guessed it – still no update on the situation and traffic is still backed up.

10:44 am – Nearly four hours later and the issue on the Ravenel Bridge is still not resolved. However, traffic is about ready to move on I-526.

11:41 am – The Mount Pleasant Police Department is now saying that ALL lanes on the south side of the bridge are shut down.

12:00 pm – According to the Post & Courier’s Glen Smith: “Witness reports that police were enticing Ravenel jumper with slab of pizza from Andolini’s.” 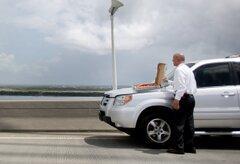 12:08 pm – And now photographic proof from Glen Smith regarding the pizza.