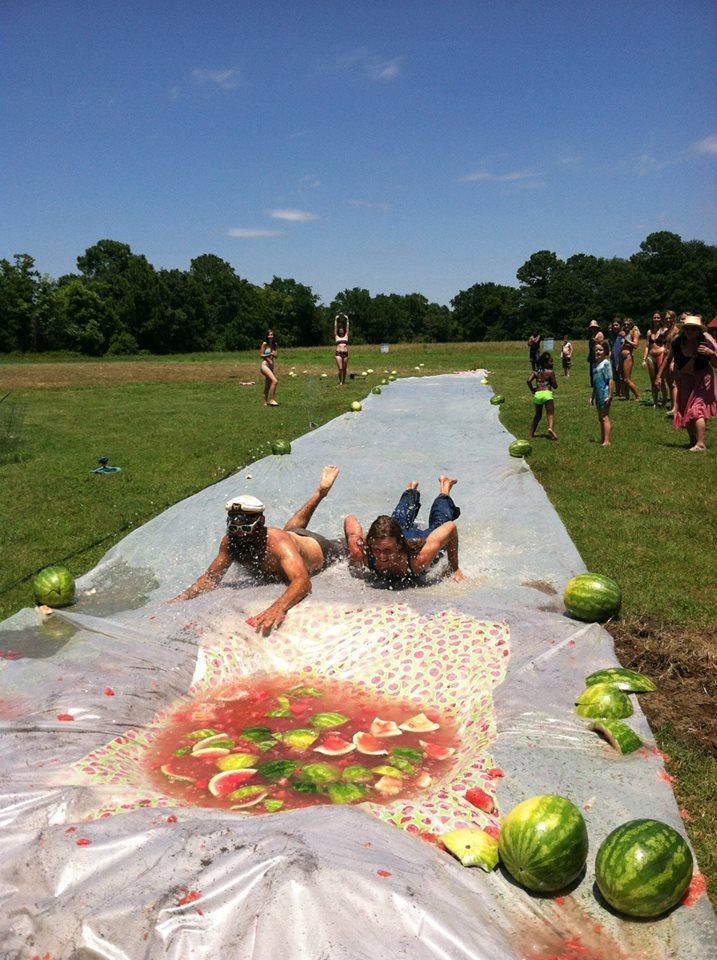 Sol Driven Train was hard at work yesterday filming their latest music video and, if the pictures from the shoot are any indication, fans can expect a hilarious result.

The band was creating a video for “Watermelon,” their song from the 2011 EP with the same name.

Pictures and videos the group posted via social media show people dancing, flying down a water slide into a pile of watermelon pieces and, or course, eating the fruit. Surely, the music video should be quite the spectacle. There’s currently no word on when the video will be available to watch.

For now, you can view the band’s photo album from the shoot here. Also, be sure to watch the Vine (application that lets people record and share quick video clips) of Russell dancing with some extras below:

Calm Charleston Concert from The Lumineers